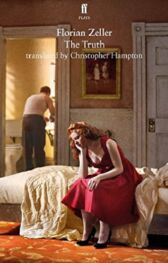 Vain and fidgety Michel is having an affair with Alice, the elegant wife of his unemployed friend Paul

But when his own wife Laurence starts to pose tricky questions, we sense he's not the only character with an agenda

As Michel struggles to sustain his special blend of hypocrisy and duplicity, the balance of power shifts

"A pitch-perfect translation by Christopher Hampton, that looks certain to be another hit ... funny, thought-provoking and plays seamlessly as a dream ...

A millefeuille of truth and deceit, it keeps us guessing: duped, enlightened, duped again

Beautifully poised ... it moves with the fluency of a dance that keeps turning on its own heel" ~ The Guardian

"A comedy that makes you laugh, makes you think" ~ Daily Telegraph