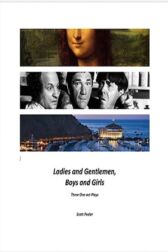 The three one-act plays in this collection are ...