You Me and Mrs Jones 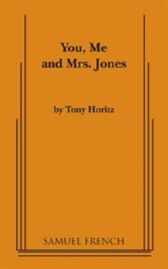 In this final encounter they appear to find their hero the elusive Mrs. Jones

Unable to persuade her to return with them, they go back to empty handed only to find that their commander has disappeared

Notes about music for the production appear in the script