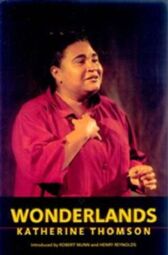 In 1931, Alice, a white station owner, goes riding with her Aboriginal head stockman and friend, Jim

During the course of the afternoon, they come to an agreement about the running of the property - Ambertrue - and its ownership

Many years later, in an environment of white paranoia fed by misinformation, Alice's great nephew Lon is running Ambertrue

When Lon receives a letter announcing a native title claim in the area, he is terrified that his dream of passing the family property on to his son-in-law will be shattered