Wolf Hall & Bring Up the Bodies 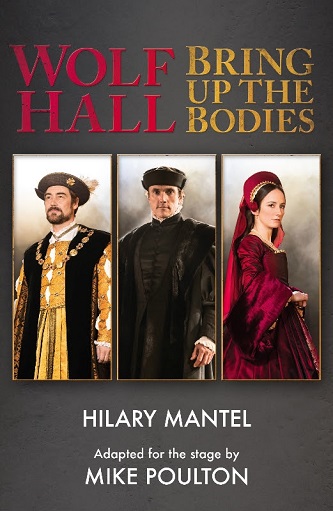 Hilary Mantel's novels are the most formidable literary achievements of recent times, both recipients of the Man Booker Prize

He brings to the stage a thrilling and utterly convincing portrait of a brilliant man embroiled in the lethal, high-stakes politics of the Court of Henry VIII ...

A man with a deadly expertise in manipulating people and events

And for a man with the right talents, this crisis would is a great opportunity ...

The volatile Anne Boleyn is now Queen, her career seemingly entwined with that of Cromwell

But when the King begins to fall in love with plain Jane Seymour, the ever-pragmatic Cromwell must negotiate within an increasingly perilous Court to satisfy Henry, defend the nation and - above all - secure his own rise in the world

This edition also contains a substantial set of notes by Hilary Mantel on each of the principal characters, offering a unique insight into the plays and an invaluable resource to any theatre companies wishing to stage them

" ... a gripping piece of narrative theatre ... this is history made manifest" ~ Guardian

"Mike Poulton's script brings the intrigues and political machinations to the stage with clarity, wit and plenty of very welcome humour ... an exemplary piece of work" ~ WhatsOnStage