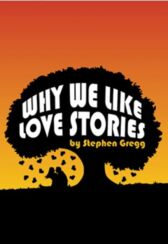 In the hills above Pin Cushion, California, students gather to talk of the world, flirt and yearn

It's a place where heartbreak awaits

In a La Ronde-style chain, Chloe breaks up with her boyfriend, Crooper

Months later, Crooper ineptly attempts to break up with Jessica, his girlfriend of seven months

She's furious - particularly as was in the middle of declaring her love for him!

And then things come Full Circle

Bark and Chloe - outsiders both - take an awkward, fumbling-for-words walk in the hills

Chloe has a secret

The play has four great parts for high-school actors, each written with a combination of intelligence, warmth and whimsy

And the Performance Rights are available throughout the world