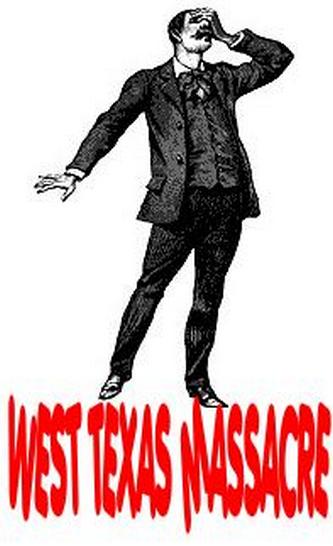 Alyson - botoxed and liposuctioned - is the pretender to the Queen's throne

Is Bill the teacher having an affair with one of his students?

Marsha's world is filled with intrigue, back-stabbing, secret board meetings and double-dealings

We learn all about the actors and their diabolical plots as they perform Massacre at Dirty Gulch, a rootin'-tootin' old-time melodrama, written, directed and starring none other than Marsha!

The Indian Princess Desert Flower, played by Alyson, sheds her feathers and we discover her to be none other than Mean Mabel Wiggens, the She-Scourge of the West

Was it the Bible or a bullet that done-in Madam Lillie?

And then, of course, there is a Massacre ...