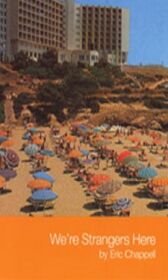 David Pearce has just been laid off his job as a draughtsman, and decides to blow some of his redundancy money on a foreign holiday to the Costa del Sol, determined to enjoy it to the hilt

Also staying at the hotel are Robert and Linda Cochrane

Robert is a successful businessman whose jingoistic beliefs have led to a strong dislike of all foreigners, while his more vivacious wife's temperament has been dulled by years of an unhappy marriage

When their paths cross, David and Linda immediately fall for one another, each representing a much needed diversion from their empty marriages

They soon decide to leave together on their own holiday

But will they have the nerve to confront their spouses and see their plans through ?