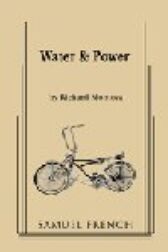 From the Mother Ditch in Chinatown, to the arroyos and ravines that would become Dodgers Stadium, LA re-invents herself faster than a Hollywood soundstage

History is cemented over and stars fade in a blaze of glory, but Water and Power will always be remembered - all will know how the eastside rolls!

Who is the Power behind the Power?

How does Water flow in a desert?

Who controls the streets, cops, gangs or gangsters in suits and ties?

Nothing is concrete in LA except the river

"Fans of Culture Clash's chicano-inflected, spoken-word-erupting performance art needn't worry that they've lost sight of their signature gifts. Montoya's latest piece, a tale of brothers and a morass of local and national corruption, daringly bundles these elements into tragedy ... A significant step in an ambitious new direction" ~ Los Angeles Times

"Water & Power possesses some of the familiar untamed wildness and a good deal of the old Clash comedy. But Montoya's writing here has psychological weight, too. He manages to compress the events of one violent night and its aftermath into an episodic play riddled with a specifically Latin fatalism" ~ Anne Marie Welsh, San Diego Critic

"A bold announcement of Culture Clash's passage into new theatrical realms ... Montoya's muscular writing is a worthy match for the ruthless power politics the play depicts ... The play has its own power to shake up theatergoers" ~ The San Diego Union-Tribune