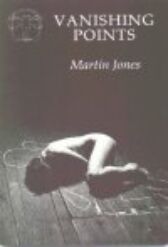 "`The nothing that is not there and the nothing that is.' This line from Wallace Stevens' poem The Snowman perfectly reflects both the style and the content of VANISHING POINTS. This play is and isn't a story about murder. It exists and does not exist as sensational melodrama. What we see is not necessarily what we get because Martin Jones is rare among contemporary playwrights: He uses the stage to make visible the invisible.

Ghosts inhabit VANISHING POINTS, but not the Halloween kind. Jones conjures up those psychological specters populating Henry James' THE TURN OF THE SCREW--emotions that refuse to die, grieves that will not stay buried.... Jones avoids conventional docudrama. His script unfolds in blatantly theatrical fragments, brief scenes, in a lyrical mix of expressionism and impressionism. Instead of facts and figures from a typical case study, here dreams, nightmares and pain assume tangible shapes.... ...this further solidifies his reputation. With depressing frequency the majority of new playwrights give us media realism. Too often their influences are television and film, genres where photographic imagery can reflect the material world but not the unconscious. It takes a play like VANISHING POINTS to reveal what only the theater can capture: `The nothing that is not there and the nothing that is.'" Richard Stayton, The Los Angeles Herald Examiner

"...a stunning dramatization of a senseless and apparently random act of fate. The question of `why' is addressed but not belabored. What is carefully examined, however, are the equally random and bizarre effects such an act can have. As the mind recalls and recreates an unexpected horror, it shouts terrified warnings and takes upon itself the twofold guilt of failure and survival...." Robert S Telford, The Long Beach News