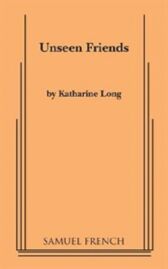 In an ice cream parlor in Oak Grove, Missouri in 1932, three teenagers deal with courtship, friendship and Bette Davis

Charlie, the soda jerk and an avid film buff, finds his loyalty to Bette Davis is challenged by his attraction to a girl who resembles the star

To wrangle a date with this girl, Charlie enlists his cousin and an obnoxious character named Benny Sneed in this one act comedy