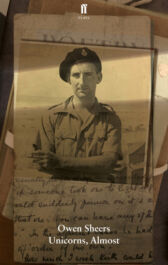 It runs from his childhood through his four engagements to his fighting in the Western desert, his accelerated education as a poet and his early death three days after the Normandy D-Day landings at the age of twenty-four

Widely recognised as the finest poet of World War Two, Keith Douglas was championed by Ted Hughes who wrote the introduction to his Collected Poems