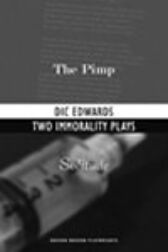 The two plays in this collection ring fascinating new changes on the well-worn contrast between a writer's life and work ...

The Pimp is an elegant dance of death for four characters - the poet Charles Baudelaire, his mixed-race mistress, his respectable but repressed mother and his hypocritical legal adviser

In the brilliant, often surreal Solitude, the blocked writer Trecci wishes to be left alone on his barge, only stepping out for an occasional sexual encounter with his neighbour's one-legged wife