Twenty One Positions - A Cartographic Dream of the Middle East 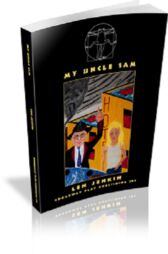 Large Mixed Cast
Boldly political and humorously provocative, Twenty One Positions is an odyssey for our time ....

When Fawaz, a young Palestinian-American, travels to Israel and the Occupied West Bank for the wedding of his estranged brother, he finds only Hala, his fiery fiancée, abandoned at the altar

Amidst the rumors and suspicions surrounding his brother's mysterious disappearance, Fawaz sets out on a dangerous quest through the militarized landscape of Israel and the Occupied Palestinian territories to find his brother at whatever cost

"Abusrour, Schlesinger, and Wallace have written a brilliant, unsettling, searing, tragicomedy about the meaning and consequences of violent dispossession and military occupation on generations of human beings." -Robin D G Kelly from his introduction to the play

"One of the most compelling aspects of Twenty One Positions, set in the present day, is its simultaneous call to the ancient: a Greek chorus of Israeli soldiers - 'We've got bang, bang in our front yards and bang, bang in our sleep" - an eleven-year-old girl with the wisdom of Chiron, a dreamer with the soaring wings of Icarus. The breathtaking playwriting talents of Palestinian Abdelfattah Abusrour and American Lisa Schlesinger were brought together by Obie and MacArthur winner Naomi Wallace to collaborate on a piece that strikingly demonstrates the absurd of the real. Its dazzling irony at once delicious and devastating, this play will haunt in the way truth should: putting bang, bang in our sleep" ~ Kia Corthron

"Twenty One Positions brilliantly explores the issues of the Wall separating Israelis and Palestinians and opens a dialogue of immense political and religious importance through a theatrical lens. It imagines a reality in which both sides learn to see one another. It is indeed a 'cartographic dream of the Middle East'"~ Matthew Maguire