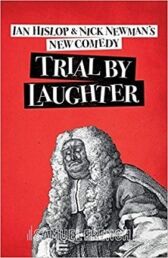 Following critical acclaim for The Wipers Times, Ian Hislop and Nick Newman have once again taken inspiration from real life events for their new play, Trial by Laughter

William Hone, the forgotten hero of free speech, was a bookseller, publisher and satirist

In 1817, he stood trial for ‘impious blasphemy and seditious libel’

The only crime he had committed was to be funny

Worse than that he was funny by parodying religious texts

And worst of all, he was funny about the despotic government and the libidinous monarchy

Along with his great ally, political cartoonist George Cruikshank, Hone sought vindication for his laughable offences and fought for freedom in one of the most remarkable legal cases of its time