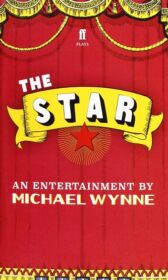 Built in 1866, the Star Music Hall established itself as a leading venue for Variety and Music Hall acts of the day before becoming the Liverpool Repertory Theatre in 1911

Here, Olivier Award winner Michael Wynne celebrates the 150th birthday of the Repertory Theatre in its original incarnation as The Star and takes us back in time to the Golden Era of Glorious Music Hall

So come one, come all, and join us as the Star Music Hall opens its doors once again for your enjoyment and delight, with a magical, mammoth, marvellous and mesmerising music hall entertainment!

For your delectation and amusement, we proudly present a wondrous story of onstage magic

And new (and old) love

And a dastardly plot

And all manner of drama and mayhem in the wings

It's also packed full of classic songs like The Old Bull and Bush, The Marrow Song and The Boy I Love Is Up In The Gallery