The Short Plays of Harold Pinter 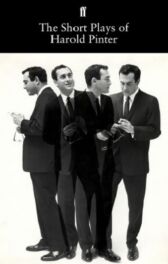 This Collection commemorates the tenth anniversary of the playwright's death and coincides with Pinter at the Pinter, a celebratory season staging twenty of his one-act plays at the Harold Pinter Theatre, London, 2018

The volume contains all the short plays of Harold Pinter from The Room, first performed in 1960, to Celebration, which premiered in 2000

"The foremost representative of British drama in the second half of the twentieth century" ~ Swedish Academy citation on awarding Harold Pinter the Nobel Prize in Literature, 2005