The Seduction of Almighty God 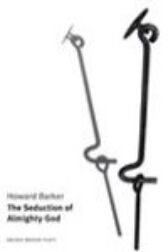 Set at the time of the Dissolution of the Monasteries during the English Reformation, The Seduction of the Almighty God describes the spiritual ascendancy of an adolescent priest and the apalling discovery that he possesses the power of life and death over others, both religious and secular

Victimised by his brethren and eventually murdered by his female followers, the youth Loftus argues himself into the belief that God, weary of his own impotence, has devolved His powers upon him ...