The Producers - The Book & Lyrics and the Story behind the Biggest Hit in Broadway History! 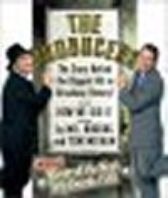 This book contains the entire text of the musical, annotated by Brooks and Meehan; all nineteen songs; costume and set designs; and full-color photographs of rehearsals, the production, and candids of the cast and crew

Additionally, Brooks tells how he and his colibrettist, Tom Meehan, took the 1968 Academy Award-winning movie from a script with only two songs to a full libretto. They take us backstage, onstage, and into the wings and show how they brought together the outstanding cast and creative team to transform a cult film into a Broadway phenomenon