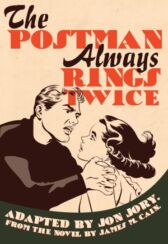 But a botched first plan leaves Nick in hospital

Suspecting nothing about the affair, Nick resolves to sell the diner and take Cora away

This time Nick is killed

And soon their hopes of being together are shattered