The Notebook of Trigorin 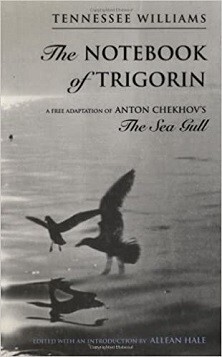 Set on a provincial Russian Estate, its peaceful environs offer stark contrast to the turbulent lives of its characters

Constantine, a young writer, must compete for the attention of his mother, a self-obsessed, often comical aging actress, Madame Arkadina, and his romantic ideal, Nina

His rival for both women is Trigorin, an established author bound to Arkadina by her patronage of his work, and attracted to Nina by her beauty

But if the words in The Notebook of Trigorin are essentially Chekhov's, the voice belongs firmly to Tennessee Williams