The Normal Heart - Best Revival of a Play - Tony Awards 2011 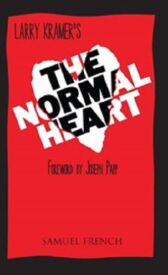 Ned Weeks, a gay activist enraged at foot dragging of public officials and the gay community. While trying to save the world from itself, he confronts the personal toll of AIDS when his lover dies of the disease

This is more than a play about a gay issue; it is a plea about a public health issue affecting everyone. The author uses his theatrical platform to dramatize that rampant sexual promiscuity will not only almost guarantee that gays will contract AIDS; it is also bad for them as human beings

"Like the best social playwrights, Kramer produces a cross fire of life and death energies that illuminate the many issues and create a fierce and moving human drama" ~ Newsweek