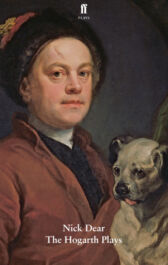 In The Art of Success the events of ten tumultuous years are compressed into a single night, as newlywed William Hogarth makes his way through eighteenth-century London's high society and its debauched underworld

The play was first performed by the Royal Shakespeare Company at The Other Place, Stratford-upon-Avon, in 1986

Facing public ridicule for what he considers his finest painting, he goes looking for one last fight ...