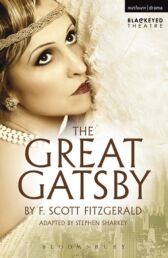 Gatsby's life is the story of a generation glitz and glamour turning sour, and the high life turning to ashes

Immersing you in the decadence of America's Jazz Age, this masterful adaptation recreates the sights, sounds and feel of America's 'Roaring Twenties' as seen through the eyes of outsider Nick Carraway, presenting a brilliant evocation of a society obsessed with wealth and status