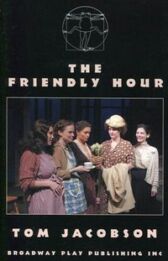 We watch the women with whom we grow increasingly familiar age and engage in theological disputes that are really at the heart of the matter - God's purpose, and the purpose of community, interweave and clash through the decades

"Tom Jacobson has paid exemplary homage to real-life American heroes from a less jaded period in our history, using transcripts of minutes from a rural South Dakotan women's club that gathered monthly from 1934 through 2004, when the last two survivors begin to fade

These powerful Mid-western survivors are the stoic Americans to celebrate and honor, something Jacobson has accomplished with his lyrical, sweetly bucolic text" ~ Backstage