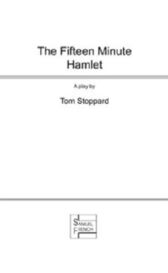 The world's most famous play in 15 zany minutes ...

This miraculous feat is followed by an encore of a two minute version!

The multitude of characters are played by six actors with hectic doubling, and the action takes place at an abridged Elsinore Castle