The Fall of Heaven 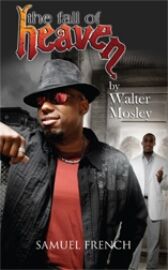 A hip and inventive new play by Walter Mosley from his novel The Tempest Tales ...

Tempest Landry, a street-wise young man living in Harlem, unexpectedly finds himself at the Pearly Gates

When Saint Peter orders him to hell, the quick-witted Tempest refuses to go

"The Fall of Heaven, is a stunning success. Mosley deftly reworks "The Tempest Tales" into an incendiary piece of theatre that's both enthralling and engaging, drawing in the audience and never letting them go" ~ Broadwayworld.com

"The Fall of Heaven is one hell of a show" ~ TheVitalVoice.com