The Death of a Black Man 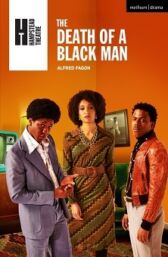 It’s 1973 and the West Indies have spectacularly beaten England at their own game, in their own backyard

Shakie, an 18-year-old super-savvy wheeler-dealer, is in his element - and not just because of the cricket

His furniture business is making serious money and he owns a flat on the King’s Road, the epicentre of everything that’s cool

Moreover, his best friend Stumpie has come up with a plan to crack the booming music industry together - the possibilities are endless so when Shakie’s ex-lover Jackie arrives at the Chelsea flat, the trio toast the future

The champagne is flowing and ambition is running sky high - but how far will they go, and who will they sacrifice, in their quest to be rich beyond their wildest dreams?