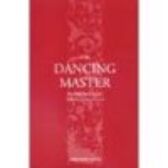 Pierre Rameau's Le Maître à Danser is the standard work on the technique of eighteenth century dancing. It was first published in Paris in 1725, and bore the printed recommendation of the celebrated dancer and maître de ballet Louis Pécour

As a guide to contemporary social etiquette in the ballroom, the dances that were in vogue, the various steps and arm movements that were in use and how they were executed, Rameau's book is an invaluable source of information

For although the eighteenth century saw the publication of a number of books on dancing which record the steps and arm movements used in contemporary dances, they do not explain how the steps were to be carried out, and this information was first made available in Le Maître à Danser

This edition is a facsimile of the translation made by the great dance scholar and historian Cyril Beaumont, and first published by him in book form in 1931