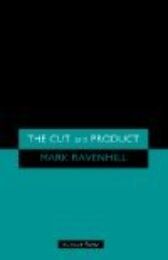 In The Cut Paul is an ordinary man with a shocking secret ...

At home, he is a loving husband and father, but at work, he administers The Cut

In a society sickened by his profession, Paul struggles with his conscience and longs to tell the truth

The second play - Product - features Amy, a hot young starlet. Now all she needs is the script which will save her from B movie hell, a script which balances artistic integrity with blockbuster bucks

Mark thinks he has the perfect pitch a script which combines a torrid love story with the dark spectre of terrorism and big, big explosions

'A withering satire on the world of entertainment' ~ Herald

'Ravenhill has more to say, and says it more refreshingly and wittily, than any other playwright of his generation' ~ Time Out