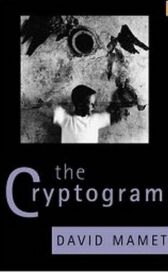 A young boy, John, comes downstairs to tell about his upcoming trip with his dad to the family friend, Dell

Mother, Donnie, is in the kitchen making tea

Soon the three are discussing the excitement of the trip, why John can't sleep, and why Donnie's husband and John's father, Robert, is not yet home from work

Consenting to try to sleep, and on his way upstairs, John finds a note on the steps for Donnie - Robert is leaving her

Over the next month Donnie finds solace with her old friend Dell, as they try to comfort John, who becomes ill with fever

While John comes in and out of the living room, Donnie quizzes Dell about discrepancies she's noticed lately

Dell avoids her probes, but Donnie asks about her husband's Air Force knife now in Dell's possession Dell finally admits to allowing his apartment to be used by Robert for an affair - with the knife being a payoff

Thinking Donnie will forgive him, Dell is jolted when she throws him out of her house. John still can't sleep, and worries more about death as he is now visited by voices

Realizing Donnie's thrown him out of her life, Dell tries once more to set things right

He begins to convey his life and decisions he's had to make, and how he's relied on the relationship they have all had over the years

"Mamet is an original playwrightUsing time-stained material, he has invented an original and vastly interesting play " ~ NY Post

"It's impossible to imagine anyone being prepared for the closing seconds of THE CRYPTOGRAM, a quietly shattering finale that caps eighty of the most densely packed, emotionally searing minutes this season - or any recent season, for that matter - has offered" ~ Variety

"The Cryptogram, David Mamet's radical, elliptical new work is not casually titled: It speaks in code [It] is tough, but it rewards " ~ NY Times

NOTE: This is the Methuen Edition, for the DPS Acting Edition, click here