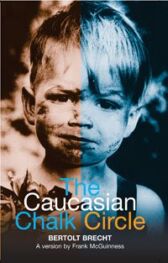 Order restored, she is made to confront the boy's biological mother in a legal contest over who deserves to keep him

This version by Frank McGuinness was first presented by the National Theatre in 1997 and revived in 2007, opening at the Gulbenkian Theatre, Canterbury, on 8 January