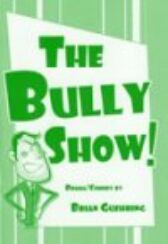 The Bully Show! opens with the audience arriving at the live taping of the pilot episode of a new game show

Carole and Frederico, the game show assistants, warm up the crowd and get them excited to see the show

Johnny the game show host, however, has made some last minute changes to the show (to the surprise of the assistants) and the game show is now called "You Wanna Be a Bully"

The audience members, who are chosen to become contestants, play games where they have to identify who could be a bully or which scenes show bullying

As the game show progresses, Frederico tries to stand up for the contestants, but the host makes fun of him in order to entertain the crowd

In this way, The Bully Show! hopes to challenge upper elementary and middle school students to reconsider some of their assumptions about bullies and victims, to realize some of the consequences of bullying, and to stimulate further discussions on this issue