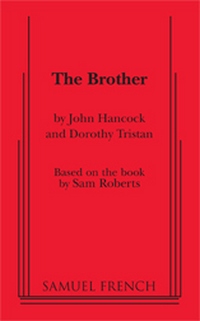 Written by noted stage and film director John Hancock, The Brother is the largely untold story of the Rosenberg spy case, based on the book by New York Times editor, Sam Roberts

It follows the espionage trial that led to the execution of Julius and Ethel Rosenberg, focusing on the memories of Ethel's brother, David Greenglass

He was the spy ring's man inside Los Alamos while America was developing the atomic bomb, and his confession saved his wife from indictment but implicated his sister and her husband, ultimately sending them to the electric chair

In this account, Greenglass admits to lying for the first time about the memory of his sister's role

Recounting this bitter episode in American history, The Brother is a dramatic and cautionary tale of families, state power in times of fear and repression, and the all-too-human capacity for rationalization

"Incredibly powerful ... it is exceptional and not to be missed" ~ WEBZ, Chicago

"This docu-drama unfolds as a riveting spy thriller" ~ Chicagocritic.com