The Black Album - The Play 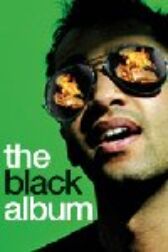 But it's 1989, the year of the fatwa, and as Shahid begins a hedonistic affair with his lecturer, his radical Muslim friends want to steer him away from the decadence of the West

Hanif Kureishi's witty stage adaptation of his strikingly prescient and acclaimed novel, humorously considers how the events of 1989 have shaped today's world, where fundamentalism battles liberalism