The Bards of Bromley and Other Plays 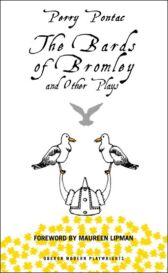 The Bards of Bromley presents the first meeting of a writers' workshop attended by a group of unusually promising authors - William Wordsworth, George Eliot, August Strindberg, A A Milne and Johan Wolfgang von Goethe

"The art of parody is still alive, and nobody can do it half as well" ~ The Tablet