The Autobiography of Peter Hall 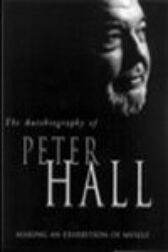 The story of a railway worker's son who became one of the most powerful, outspoken and charismatic figures in European theatre

Sir Peter Hall has been director of the Royal Shakespeare Company, artistic director of Glyndebourne, and director of Britain's National Theatre from 1973 to 1988

He has directed over 150 productions of plays, operas and films, and now runs his own acclaimed theatre company

"Compulsive stuff for anyone interested in the subsidised theatre of the last three decades ... his insights, off stage as well as on, are still much needed" ~ David Lister, Independent

"It becomes a classic story, rather like an Arnold Bennett novel, of an outsider who, through talent, energy and doggedness, fights his way to the inside ... an unusually honest book" ~ Michael Billington