The Agreement & A Small Delegation & Amost in Vegas 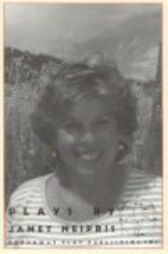 A SMALL DELEGATION: "This compelling play, set in China in 1988, just one year prior to the Tiananmen Square massacre, is a serious study of the political atmosphere of the country during that year. The drama also examines the enormous barriers which hinder understanding between east and west." Gemini Williams, Summer Pennsylvanian "Neipris's method is one of accretion, piecing together a complex mosaic. We come to see each individual in the drama attempting to cope with a political system that seems almost random in its changeability. Neipris's even-handedness in dealing with her characters is such that even as we blame the system for Sun's fate, we also blame Remy--and ourselves by extension, since her instincts are our own. Written from a western perspective, this feels like an inside job in its merging of illusion and reality." Clifford Ridley, The Inquirer, Philadelphia

ALMOST IN VEGAS: "A wonderfully moving and touching play" Patrick O'Connor, Back Stage "Neipris is trying to touch something deeper than the funny bone. The play becomes a study of decent people trying to understand their own needs and the lovers who can not fulfill them." Walter Goodman, The New York Times

THE AGREEMENT: "This is a funny and wise play. Neipris has a wonderful ear for the way people talk when they are trying to say the right thing in an unfamiliar and unnerving situation." D J R Bruckner, The New York Times "Funny and sad at the same time, and that is always a tall order." Nels Nelson, Daily News, Philadelphia