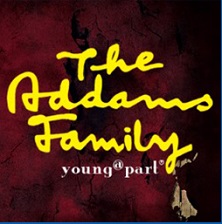 This edition of the Broadway musical has been especially abridged and adapted for Schools and Youth Theatres and includes Script, Score, and a CD of all the Songs

To her father's horror, she confesses to him that the man is "normal"

As if the prospect of this sweet, smart, respectable young man joining the Addams Family weren't upsetting enough, Wednesday begs her father not to tell her mother

And now, Gomez Addams must do something he's never done before - keep a secret from his beloved wife, Morticia

Through a series of workshops with industry professionals and children, it's tailor-made for younger actors

Song keys have been changed where needed and songs and scenes are edited for time and content, all the while keeping the spirit of the original Broadway show intact

There are great parts for both girls and boys, and can feature any size ensemble/chorus, who are featured throughout the show.