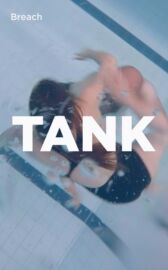 "Come right out with the English, Peter. Don't even think in your own language. English, all the time!"

In 1965, researcher Margaret lived with a dolphin called Peter for ten weeks to try and teach him to speak English part of a NASA-funded research project into human-animal communication

Condemned by the wider scientific community as an elaborate circus trick, the experiment remains a controversial episode in the space race between the two Cold War superpowers

Inspired by Margaret's time with Peter in the Dolphin House, Tank explores the politics of language, the power of culture

And what happens when you inject a cetacean with LSD

'Facinating. A funny, dark, and strangely dreamy work about humankind's desire to colonise the other' ★★★★ ~ Time Out

'Cleverly pitched. Dissects what happens when we justify what we do to others in the interests of science, society and maintaining power.' ★★★★ ~ The Guardian

'This is likely to be the only time you will ever attend a show that features verbatim contributions from a dolphin. Tank's verbatim element is important, because all verbatim theatre raises questions around who owns and tells a story, how it is edited and how it is received. At one point, there is an attempt to present what we are seeing as a love story, a reminder that all stories can be manipulated.Tank may be about colonisation but it wears such themes with a light touch in a cleverly pitched, often comic, multi-layered show' ~ Lyn Gardner, The Guardian ★★★★