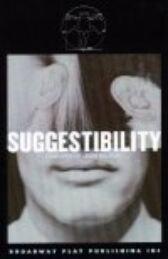 Chad seems at first to be merely a boorish seducer but soon emerges as a manipulator extraordinaire, part Iago and part Sammy Glick

He resents co-worker Kenneth, who out-performs him as a salesman, despite Kenneth's pathologically timid, introverted nature

Kenneth's remoteness and his obsession with a woman he has met only on the internet present an irresistible romantic challenge to Shawn, who artfully penetrates his defenses and becomes his lover

Chad wants both Shawn and Kenneth's job, and uses all his wiles to undermine them and their relationship via suggestion and disinformation. It's a slickly written tale of psychic skullduggery" ~ Neal Weaver, L A Weekly

"Klein is a proven talent with an inarguable comic facility and a knack for sparkling one liners. You'll find much to entertain in this ... funny endeavor" ~ Los Angeles Times