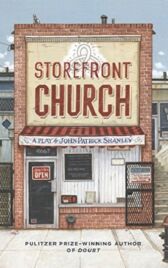 Blending earthy humor and philosophical reflection, this compassionate morality tale is an exploration of the often thorny relationship between spiritual experience and social action

"There's a deeper philosophical vein that the author mines, allowing his language to acquire the heft and timbre of a serious moral debate We taste bitterness, but also much that is sweet" ~ Time Out, New York