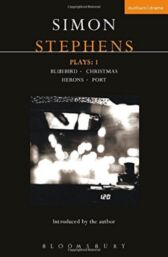 Since Bluebird in 1998, Stephens has gained recognition for humane plays that display a sharp observation and compassionate response to the lives of ordinary people in urban locations

Bluebird - Cabbie Jimmy overhears the weird, wonderful and violent tales of his passengers he confronts his past and his estranged wife

Christmas - One night in an East end pub, four men confront their past and brace themselves for an uncertain future

Herons - The disturbing story of one teenager on a violent estate in London, which saw Stephens nominated for an Olivier Award for Most Promising Playwright in 2001.