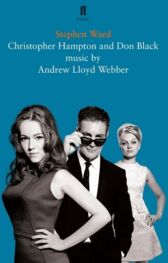 Friend to film stars, spies, models, government ministers and aristocrats, his rise and ultimate disgrace coincided with the increasingly permissive lifestyle of London's elite in the early 1960s

Andrew Lloyd Webber's musical, with book and lyrics by Christopher Hampton and Don Black, centres on Ward's involvement with the young and beautiful Christine Keeler, which led to one of the biggest political scandals and most famous trials of the twentieth century