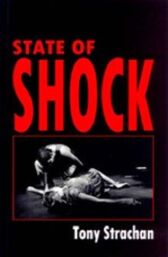 State Of Shock is based on the true story of Alwyn Peter, a Queensland Aboriginal charged with murder in 1979