Stand-Up - On Being a Comedian 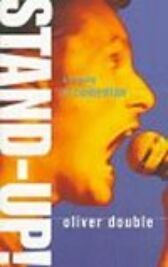 How could Max Miller reduce an audience to helpless laughter just by talking about a fan dancer and her fan ?

Why do club audiences howl with glee at Bernard Manning's violent jokes about Pakistanis ?

What made audiences break out in fights at Alexei Sayle's early gigs ?

How did stand-up comedy begin and why has it exploded into such a huge industry now encompassing a criss-crossing network of clubs, concerts, television and radio ?

And what happens to a comedian when stepping out to face the audience ?

Stand-Up! is the first book to both analyse the background of stand-up and take us inside the world of being a solo comedian