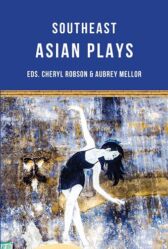 A unique collection of eight plays by playwrights from countries in South-East Asia, including Singapore, Malaysia, Thailand, the Philippines, Indonesia, and Cambodia

Covering topics as diverse as the global financial crisis, religious faith, the sex trade, corruption, and exploitation, these plays provide insight into the differing concerns of those living in a part of the world that is experiencing profound change

An Evening At the Opera ~ Floy Quintos (Philippines)

Though now in English, there is little in common in these eight plays from seven very different nations in a region connected mainly by geography

In collecting a first volume of Southeast Asian playscripts we prioritised material that other countries (including SEA) might be interested in performing, with an aim to introduce not only the writers but also the cultures that produced them

Publication is not a necessary goal in the performing arts, and theatre scripts are merely blueprints for productions, especially in this region

As elsewhere, second productions and revivals are rare, so publication becomes important to preserving some of this ephemeral art form and to allowing play texts to find a wider international readership

It is exciting to discover the other forms of play-making that exist in this region it is no accident that this collection includes many plays by women, and this is a sign of the equity that has emerged as a feature of these ancient- yet-young nations