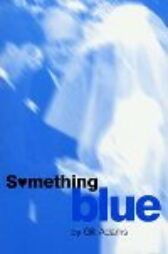 Vera, the groom's mum, has everything under control, but what no one could have foreseen is that Pam and Mickey's wedding would fall on the same day as Princess Diana's funeral

With the last-minute preparations underway, thousands of people lined the streets of London as Diana's coffin was carried on a gun carriage down the Mall, through Horse Guards Parade and along Whitehall to Westminster Abbey

Millions more watched on television throughout the world. But it's not just a day for tears; it's about love, courage, truth and even a few unexpected celebrations