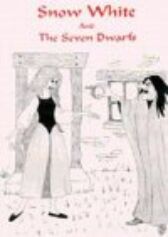 Male - 4 major
Female - 4
Either - 7 (Dwarfs. Male characters but could be played by females acting a male part)