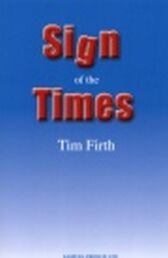 Alan is his reluctant teenage trainee, more interested in listening to music and designing album artwork for his band "Lizard" than Frank's beloved bracketing systems

As they attempt to install the company name in giant letters on the side of its building, it soon becomes clear that the letters are supposed to read "For Sale" instead of "Forshaws" - the company is relocating and Frank will be out of a job!

In the second act, three years have passed and Alan is a jaded manager at an electrical goods store to which Frank has been sent for work experience as part of a benefit scheme

Their roles have been reversed, but when a burnt pitta bread triggers a fire alert, Frank and Alan find themselves back in familiar territory and holding the key to each other's salvation